Hernando de Soto and the Roots of the Arab Uprisings

April 24, 2012 -Yesterday I hosted the Peruvian economist Hernando de Soto for a meeting at CFR. De Soto and his Lima-based think tank, the Institute for Liberty and Democracy (ILD), are well-known for their advocacy of secure property rights as an essential gateway to equitable growth and poverty reduction. Yesterday’s conversation focused on the Middle East—specifically what de Soto sees as the economic roots of the uprisings that have swept the Arab world. You can watch the meeting video below, or access it on CFR’s YouTube channel.

De Soto begins his analysis of the Arab upheavals with Mohamed Bouazizi, the Tunisian fruit vendor who set himself on fire after his cart was confiscated by police. Bouazizi, de Soto argues, lost much more than just his $225 of wares that day–because he operated in the informal economy, he lost his hard-earned spot on the street.

That one altercation bankrupted him and drove him to his desperate act of self-immolation. According to the ILD’s research, 34 more informal businessmen immolated themselves across the region in the weeks following Bouazizi’s act. To de Soto, this illustrates a widespread frustration with economic exclusion, a frustration that drove the uprisings across the region.

To read the rest of the article, please go to the Council on Foreign Relations.

To watch the video, click on the image below. 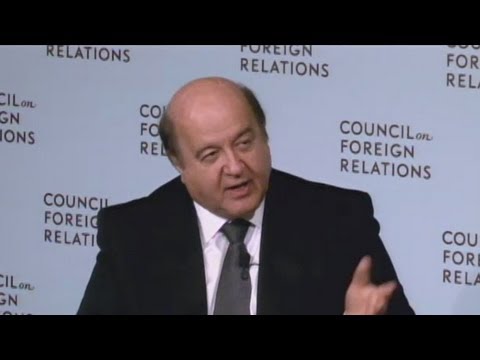