The MENA Growth and Victory Project 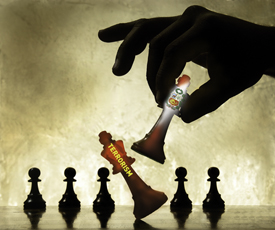 The MENA Growth and Victory Project is a comprehensive writeup composed of a plethora of past articles and new ones being written to shed light on the relevance of Peru’s success over poverty and terrorism. We are well on our way to demonstrating how ILD designed property and capital reforms which were implemented, throughout the last 25 years, allowed Peru’s economy to grow twice as fast as the rest of Latin America’s economies —with its middle class growing four times faster, while also winning the only victory over a terrorist movement, since the fall of communism that did not involve the intervention of foreign troops.

In regard to this rare triumph, we are preparing an essay and book on the history of Peru’s successful war against terrorism and poverty to demonstrate that property rights conflicts are to a great extent responsible for much violence and poverty in the world and how with a few property rights reforms the situation can improve. So far, drafts for the book are divided into two parts.

The first part describes the international strategy that contributed significantly to the defeat of a homegrown, radical terrorist movement called Sendero Luminoso (Sendero), which the US State Department described as the most violent and threatening insurgency since the Khmer Rouge in Cambodia.

The second part describes the history and the strategy that broke the back of the resistance which led to a market economy in Peru, kick-started economic growth, including the informal economy in the process, and reinserted the country into the global financial system, and thus freed up its economic potential.

The purpose of this project is to transfer the lessons learnt in Peru to all interested parties. (See Exhibit C below, the Wall Street Journal article, The Capitalist Cure for Terrorism written by ILD showing the lessons that can be learned from Peru's economic and military victories and how they are relevant to the West today.)

Annex 3 below presents a first unpublished narrative written by Hernando de Soto explaining the Peruvian strategy designed and applied by the ILD from 1988 to 1993 that allowed Peru not only to win the only victory in the West over a terrorist movement since the fall of Communism that did not involve the intervention of foreign troops but also to achieve economic growth twice as fast as the rest of Latin America's economies –with its middle class growing four times faster.

(Click on the images for the entire PDF document)

(Click on the images below to see an enlargement) 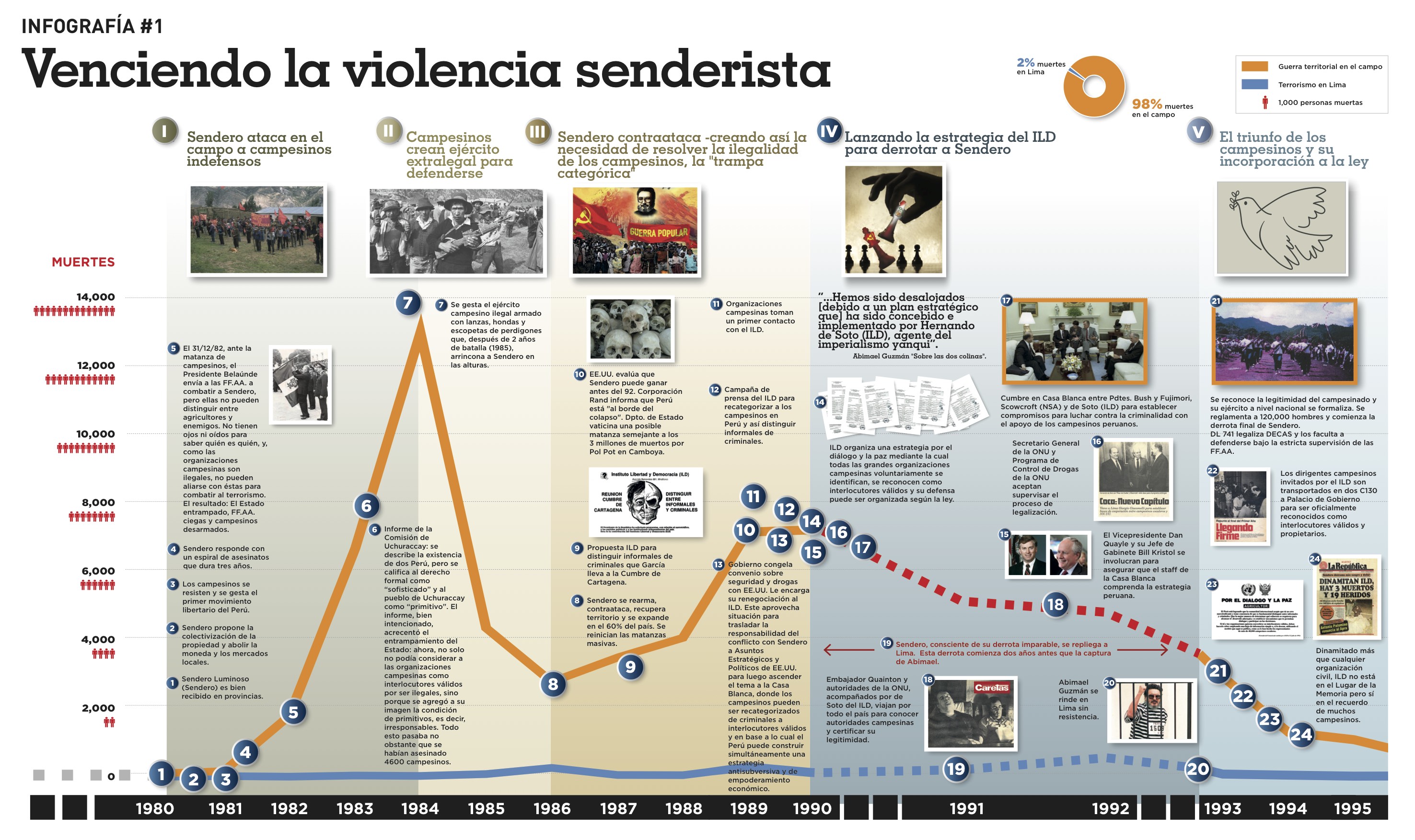 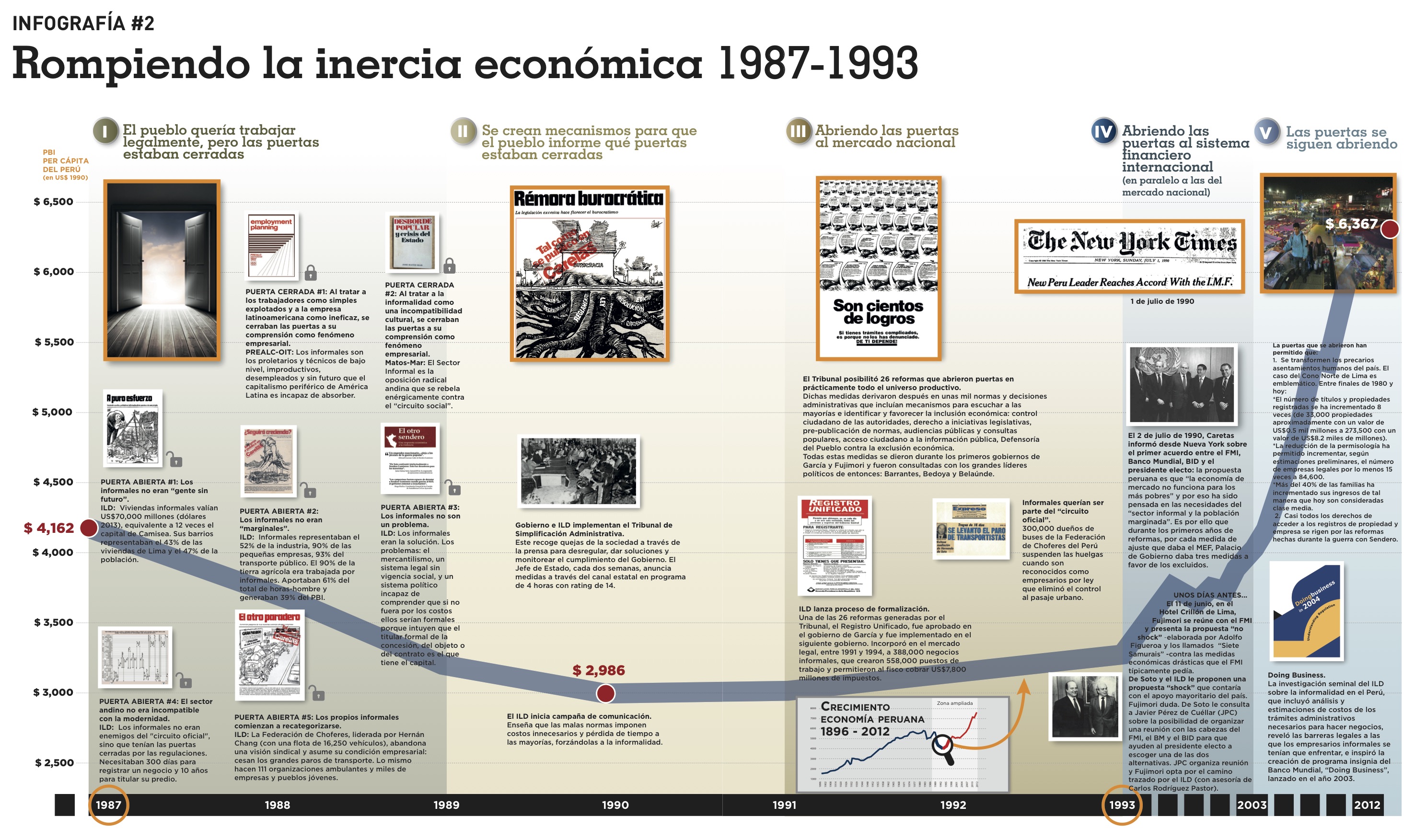