Peru’s Lesson for the Middle East and North Africa 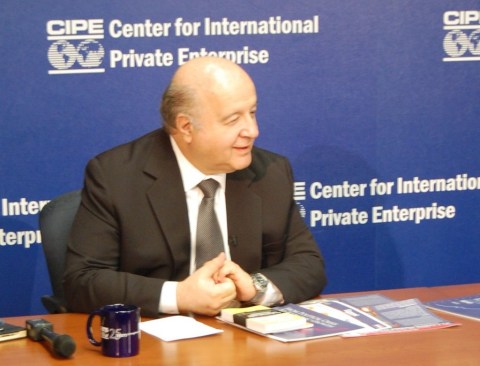 One of the first people to walk through the doors after CIPE’s founding in 1983 was Hernando de Soto, President of the Institute for Liberty and Democracy (ILD) in Lima, Peru. Mr. de Soto had the fundamental insight that poor people were not part of the development problem but instead part of the solution. In his best-selling books, The Other Path and The Mystery of Capital, he explained how the lack of access to property rights and other institutions of a market economy keeps the poor in most developing countries trapped in the informal sector.

In one of its first-ever programs, CIPE teamed up with de Soto and ILD to begin bringing the poor in Peru from the extralegal economy into the formal economy and the rule of law. As a result of ILD’s unique and innovative property rights and business reform program, Peruvian society received $18.4 billion in net benefits between 1992 and 1997, including saving formalized urban owners some $196 million in red tape costs.

For the past twenty years, successive Peruvian governments have supported the basic concepts behind ILD’s program and have implemented important reforms that, combined with record commodity prices, have produced exceptional economic results. No Latin American or Caribbean economy grew more than Peru’s from 2000 to 2011, when it experienced average annual GDP growth of 5.75 percent.