Hearing: The Call for Economic Liberty in the Arab World 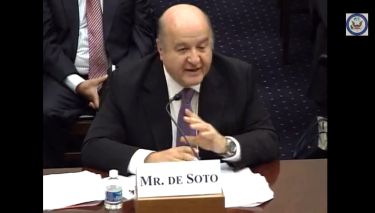 21 May 2013 -- U.S. Rep. Ed Royce (R-CA), Chairman of the House Foreign Affairs Committee, convened a hearing to examine the economic causes of the unrest in the Middle East and North Africa.  The hearing took place today at 9:30 a.m.  The witnesses were former Secretary of State Madeleine K. Albright, and Mr. Hernando de Soto, President of the Institute for Liberty and Democracy.

Prior to the hearing, Chairman stated that “While much attention has been paid to the political roots of the Arab Spring, far less has been focused on the economic causes of unrest across the Middle East and North Africa.  If we fail to consider the underlying causes of unrest – which can be traced to a lack of legal protections for personal property, endemic corruption, and other constraints to economic growth – no amount of U.S. foreign assistance will help bring stability to the region.

“This hearing will give Members an opportunity to consider the economic causes of unrest in the Middle East and North Africa and determine whether U.S. investments, $1.5 billion to date, have any chance of advancing democratic and economic aspirations in the Arab world.”

Click on the image below to watch Mr. de Soto's statement. 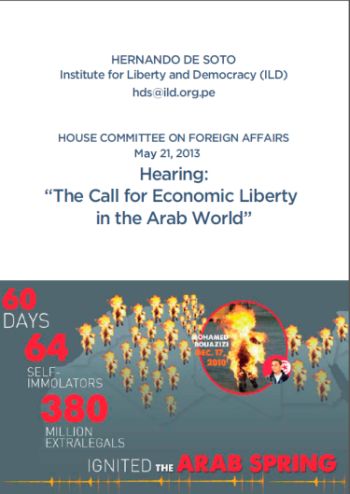