The 12 Most Important Economists in the World 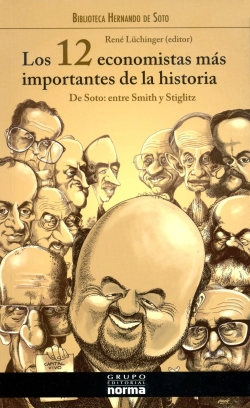 29 November 2010 - Editorial Norma presents the third book comprising the Hernando de Soto Library, The 12 Most Important Economists in the World - De Soto: with Smith and Stiglitz, which tells us why we should read the ideas and theories of these famous economists and thinkers.

The book was first published in 2007 by the prestigious Swiss-German publisher Orell Füssli. Founded in 1519, it is the oldest publishing house in Switzerland.  Historian, chief editor of BILANZ, and author René Lüchinger, oversaw the publication of the book.