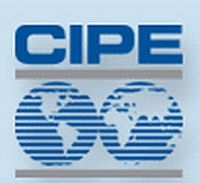 Look around: everything of economic value that you own - house and car titles, mortgages, checking accounts, stocks, contracts, patents, other people’s debts (including derivatives) - is documented on paper.

You are able to hold, transfer, assess and certify the value of such assets only through documents that have been legally authenticated by a global system of rules, procedures and standards. Ensuring that the relationship between those documents and each of the independent assets they represent is never debased requires a formidable system of legal property rights. That system produces the trust that allows credit and capital to flow and markets to work.

We take this system for granted in developed markets; it’s so deeply ingrained we forget that it’s what makes them “developed” in the first place, not necessarily factories and gleaming skyscrapers. That’s been the message of Hernando de Soto and his life’s work, captured in his seminal book, The Mystery of Capital. It’s also captured in this week’s Newsweek, from which de Soto’s description above is quoted.

In his article, and in an accompanying interview available online, De Soto describes the powerful parallel between the ongoing credit freeze and the plight of the poor around the world, both of which face bleak prospects for growth because of the massive amounts of property – be it toxic paper or family farms – that are not clearly and publicly registered to owners, to be examined and assigned value by the market. There is a harrowing lack of institutions for these assets; no rules of the game to keep money, credit, value, and entire economies flowing. That’s what’s paralyzing the credit markets today. That is daily life for most of the world’s poor.

Helping construct those rules drives much of de Soto’s work at the Institute for Liberty and Democracy (ILD), and as the co-chair of the recently concluded UNDP Commission on Legal Empowerment of the Poor.

Among those rules: The derivatives scattered helter-skelter all over thousands of idiosyncratic types of opaque documents must be clarified, categorized, standardized and recorded in publicly accessible registries, like all other property documents. The law must take into account externalities - how all financial transactions affect outside, interested parties (the age-old legal principle of erga omnes, “toward all,” historically developed under property law to protect third parties from the negative consequences of secret deals carried out by aristocracies unaccountable to no one but themselves).

Constructing rules is a messy prospect but markets will not continue producing wealth without such institutions, and they are built best with ideas and input from the people subject to them. That’s not just de Soto’s message; it’s also the message here at CIPE, where he was among the first people to walk through CIPE’s doors twenty-five years ago, when ILD received one of the first grants that CIPE ever made. Based on this work, he wrote his landmark book, The Other Path, which documents de Soto’s fellow Peruvians struggling to create an institutional environment that facilitates instead of undermines economic activity. It’s a struggle that governments worldwide will have to confront in order to emerge from the current turmoil:

The challenge then, is to come up with a legal and institutional system which reflects this new reality, which allows the economy that has spring up spontaneously to function in an orderly fashion, which enables competitive formal business people and merchants to produce with security instead of obstructing them….