Hernando de Soto was one of the main speakers at the first CGI meeting held in Latin America, at Copacabana Palace Hotel in Rio de Janeiro, Brazil, on December 9, 2013.

He participated in the Opening Plenary Session, "Designing Opportunities for Growth", explaining how from 1990 to 2012 Peru has grown on average twice as fast as all the other Latin countries and the growth rate of its middle class has quadrupled that of Latin America in the same period. To a great extent, this is due to a legal reform designed by the ILD to provide the poor with property rights and easier access to legal tools (such as corporations, contracts, and dispute resolution mechanisms) to do business.

Click on the image below to watch the video. 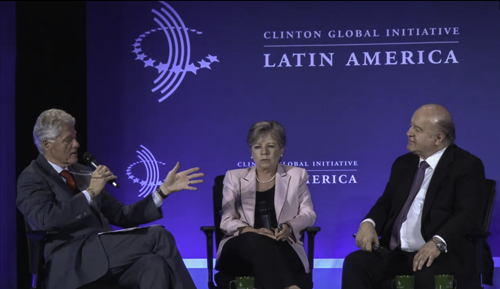