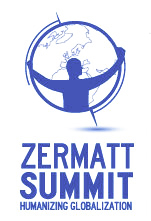 Hernando de Soto LIVE talk on Fairness and Justice in the Economy at Zermatt Summit 2011 was voted as one of the best by the participants present!

Following the Theme of Humanizing Globalization : Justice and Solidarity for Sustainability

War, injustice, violence, self-interest, lack of respect and recognition are part of the daily picture cast by the world media. At the same time, in a less visible way, innumerable actors are working for the Common Good, humbly serving others without expecting any personal return. Sustainable peace is to be pursued because each and every human being is longing for it, knowing perfectly that it is a prerequisite for their own blossoming and for the happiness of their families and communities. Who else but the leaders of the world are responsible for establishing such peace? Who else can establish the spirit of justice and solidarity which is the condition for such sustainable peace?

Fairness and Justice in the Economy: Hernando de Soto, Institute for Liberty and Democracy

Click on the image to watch the video, which is also available at the Zermatt Summit page. 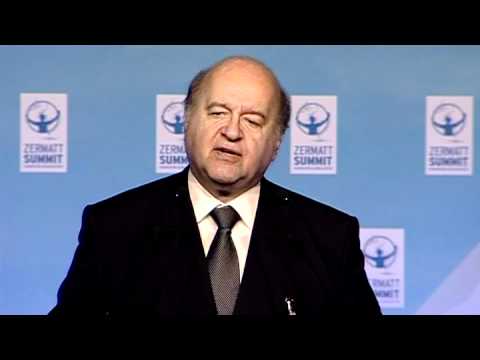