The Rise of Social Movements: The economic roots of the Arab Spring

Hernando de Soto is president of the Institute of Liberty and Democracy (ILD), a Lima Peru-based think tank that advocates for property rights in developing nations. Recently he spoke with McKinsey’s Rik Kirkland.

RIK KIRKLAND: Let’s start by talking about this remarkable phenomena, the Arab Spring. What was the spark that started it?

HERNANDO DE SOTO: On December 17, 2010, a man named Mohamed Bouazizi in the town of Sidi Bouzid in Tunisia gets harassed by the police. He is a fruit salesman. They take away all his wares and he gets furious and goes to the governor to complain. Nobody listens to him, and he sets himself on fire at about 11:30 that morning.

Now, this was not the first time somebody had self immolated. But this time. millions of people took to the streets across the Middle East. Here you have all these countries that consider themselves politically and culturally different from each other. There’s no way you could identify a Tuareg with an Egyptian, for example. And yet they all, at the same time, react.

We decided that this was a very interesting moment. What is it that drives a person who works in the informal economy to do something as drastic, as dramatic, and as deadly as self immolation?

To read the rest of the interview, please visit McKinsey & Company

To watch the video, please click on the image below 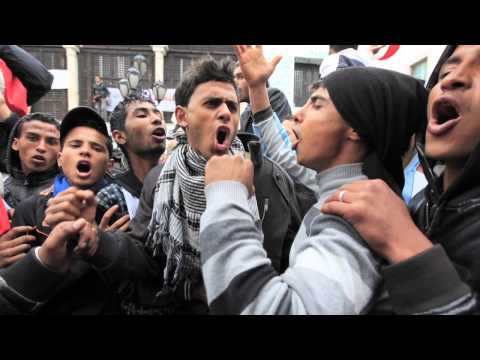