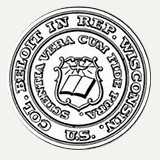 America’s financial industry “created the world’s biggest shadow economy,” and unless it gets cleaned up the fragile recovery could turn sour again.

Emily Chamlee-Wright, the Neese professor of economics at Beloit College, said the Institute has worked in more than 20 countries on five continents around the world, focusing on establishing property rights and providing access to capital and wealth-building systems.

De Soto said the economic successes of the United States have been built upon a foundation of systems, standards, communications and the rule of law. In the developing world, he said, such systems are unlikely to exist. Without property rights, the rule of law and the means of determining facts and communicating within a society, much of the economy becomes “hidden in the shadows.”

But, he argued, the United States effectively lost the way in the ongoing economic crisis which has been fueled largely through trading in the unsecured and undocumented derivatives markets.

He told the crowd that, one year ago, when then-Treasury Secretary Henry Paulson received congressional approval to purchase at-risk banks’ troubled assets, the government was forced to shift within days to a more direct cash bailout scheme.

“The reason Paulson didn’t buy troubled assets is because he couldn’t find them,” de Soto said. The complex derivatives trading cast trillions of dollars in a shadow market in which assets were virtually unidentifiable.

“It’s the first time since the Industrial Revolution the United States created an asset class that is not recorded,” he said. “Your bankers have created the world’s biggest shadow market.”

Because the troubled assets were so scattered, the American government pumped money into the banks to show citizens there was support for the financial system.

“It effectively stopped a run on the banks,” he said, averting crisis for the time being.

But he said, “The amount of paper that exists in Western markets greatly exceeds the real assets. That’s where the uncertainty comes.”

That imbalance moves the American economy closer to what is commonly found in Third World nations, he said.

“That creates the shadow economy,” de Soto said, “and that leads toward permanent recession.”

To restore economic stability, de Soto argued, the United States must recognize the world was not made to serve financiers, but that finance should serve the world. Otherwise, more economic pain lies ahead.

“Sooner or later the market will come down — it’s not sustainable,” he said. “There’s too much paper. You’ve got to clean it up, or this is going to get worse. The distrust is going to go everywhere.”

De Soto doubts the message has soaked into the leadership.

“I can’t help but feel we’re going to go back into the recession,” he said, “because we haven’t got it yet.”

Americans must “remember where you come from,” he said.

“You’ve got to get the facts. That’s what made you strong,” he said.

De Soto spent several days on campus, meeting with students and faculty. His appearance was part of the Miller Upton Forum for the Wealth and Well-Being of Nations, named after the late Beloit College president.

The 2010 Upton Scholar has been announced. Israel Kirzner, emeritus professor of economics at New York University, will visit the college next year.