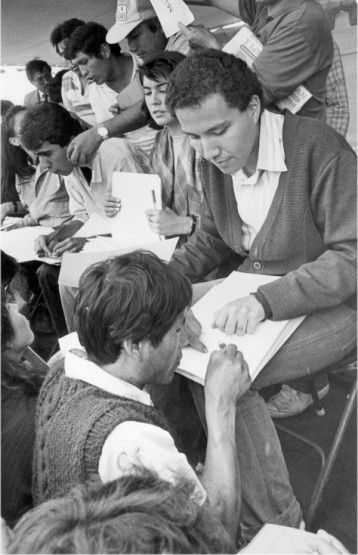 By 1987, ILD’s research had determined that the value of real estate assets that were not duly titled or could not be leveraged to generate capital was in the neighborhood of US$ 70 billion. Such “extralegal” homes could not be used in the legal market to obtain credit or produce surplus value. Therefore, for their owners, this enormous investment was “dead capital.”

The ILD launched another communications campaign and held public hearings along with open discussions in urban and rural areas to probe public opinion about what informal legal arrangements people actually had to secure and transfer their assets in the extralegal sector.

The information gathered from these meetings allowed the ILD to define what the extralegal social contract about property really was and how it could be made compatible with professional, systematized law. The ILD then drafted the “Property Registry Law,” presenting it to the Peruvian parliament in 1988. Simultaneously, the ILD was conducting a national campaign to create public awareness of the issue and the advantages of integrating such a huge amount of extralegal property into the legal system, which reached its pitch when Peruvian pollsters confirmed that 80 to 90 percent of the population supported “formalization” of the poor’s real estate assets, as it was then called.

With public opinion firmly behind formalization, the Peruvian parliament unanimously enacted the ILD’s draft into law (Ley Registro Predial) in November 1988, thereby reducing the administrative time to record the property of the poor from more than a dozen years to one month and cutting the costs by 99 percent. To assure that extralegal property was titled and recorded, the ILD created a new organization —Registro Predial— and then proceeded to run it on behalf of the Government from 1990 until 1996.

In 1995, the World Bank and President Fujimori were sufficiently impressed by the ILD’s success to request a new project from the ILD to extend formalization further. The ILD came up with a draft that became Decree Law No. 803 in March 1996, creating the Commission for the Formalization of Informal Property (COFOPRI) as well as the start-up programs and the strategy for that organization. Once the law was enacted, the government assumed direct control of the property formalization program and hired existing and former ILD personnel to manage it.